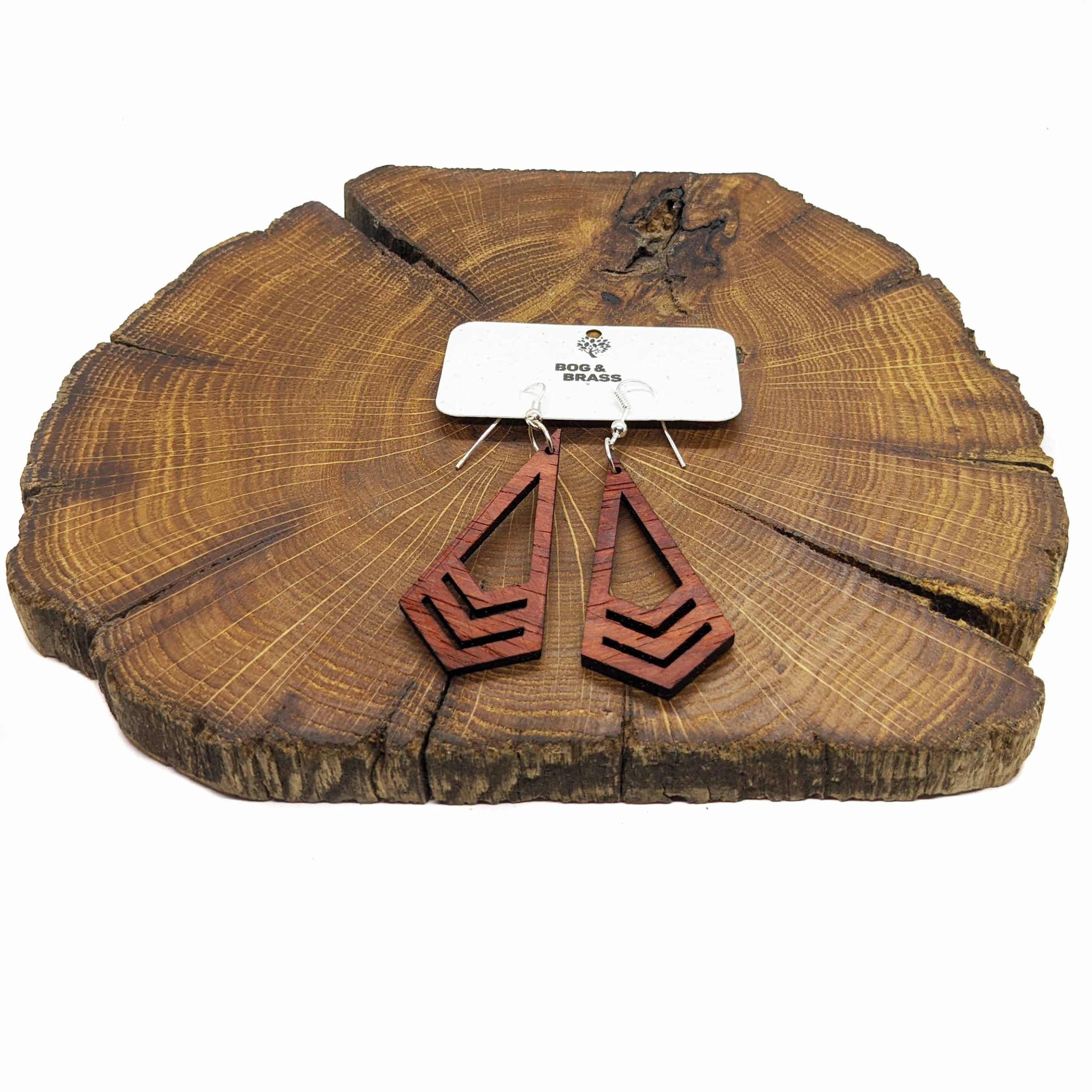 Add that extra touch of class to your outfit

What makes these earrings so special?

King Solomon, proverbial for his wisdom in governing the Israelites during the 10th century B.C., must have really known his wood, too. He chose stalwart padauk for the pillars of his temple.
French Kings Louis XV and Louis XVI were separated from Solomon by thousands of years. Yet, these 17th-century rulers also favoured a red-orange padauk they called narra. With it, royal woodworkers crafted kingly cups and chalices. Because water placed in these vessels turned yellow, royalty believed the “potion” had medicinal properties.

A century later, the colourful wood of Solomon and the Louis attracted even wider acclaim. As a veneer named amboyna, padauk was featured in Empire-style furniture.

Far removed from European pomp and furniture fashion of the 1800s, convicts sent to British penal colonies in the Andaman Islands off Burma laboured to supply the padauk sought by world craftsmen. In fact, Chicago’s Pullman Company imported much of this exotically beautiful and durable “Andaman” padauk to panel railroad passenger cars.

Padauk grows in tropical climates, although the geography changes from rain forest to dry, nearly treeless plains with each species. You’ll find padauk in India, Indochina, the South Pacific, West Africa, and even southern Florida.

There are no reviews yet.